Follett has made me keen to read more historical fiction.

It is the third book in the Kingsbridge Series, and serves as a sequel to 1989’s The Pillars of the Earth and 2007’s World Without End. …

Beginning in 1558, the story follows the romance between Ned Willard and Margery Fitzgerald over half a century. It commences at a time when Europe turns against Elizabethan England and the queen finds herself beset by plots to dethrone her.

He does write very convincing love stories. I’l give him that. 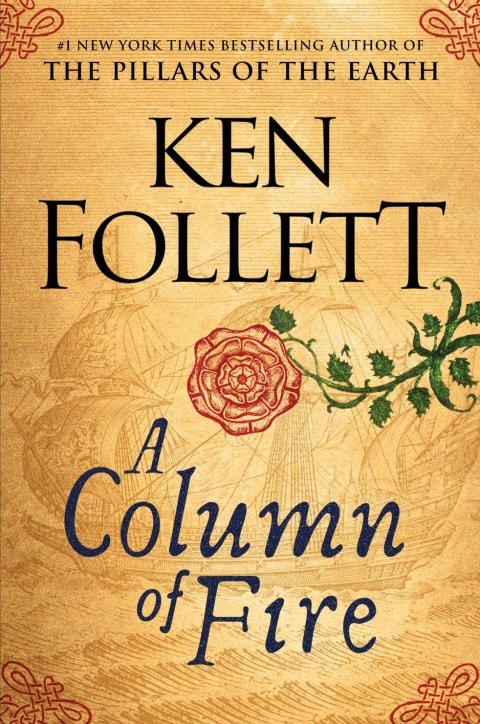 This was the weakest of the three books, I thought.

Still worth reading, but the endless intrigues between Catholics and Protestants lost me at some point.

The plot, covering 50 years, the reign of Queen Elizabeth I, was too ambitious. I preferred the more personal earlier novels.

So did reader Emily May.

Most people love the book, however. It was very positively reviewed, as well.

I did enjoy learning more about some historical events. The weird Gunpowder Plot of 1605 and Guy Fawkes.