Jahi Di’Allo Winston so courageous and confident as Luke O’Neil.

Peyton Kennedy so vulnerable as Kate Messner, the daughter of the principal. 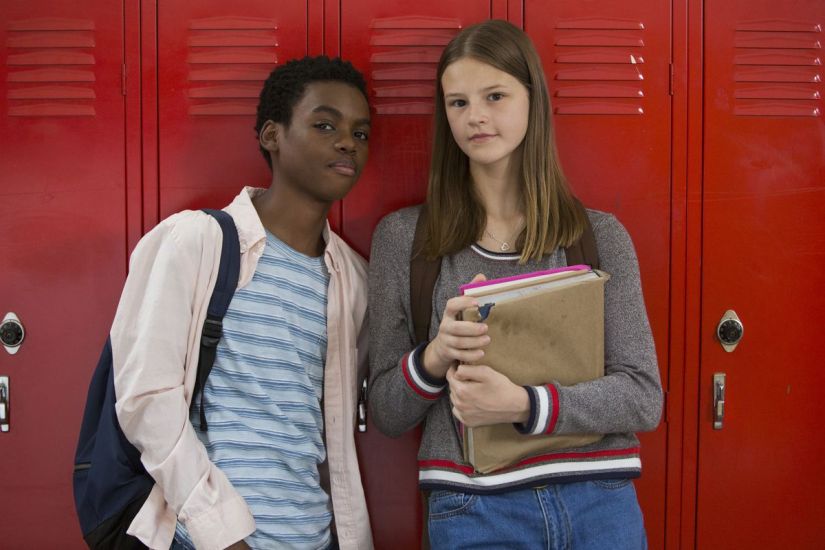 How perfect is that?

Everything Sucks! is an American comedy-drama web television series (2018) .. that parodies teen culture of the mid-1990s. …

The series is set in the real-life town of Boring, Oregon in 1996, and focuses on a group of teenagers who attend the fictional Boring High School as they proceed to make a movie together while dealing with issues such as finding their sexualities, mental health, and growing up.

One small thing I appreciated was the story NOT making a big deal of Luke and his Mom being Black.   Any actor of any race could have been cast in the part.

Sadly, the series was not renewed.