The Park is fantastic. But very few of the constructions survived.

The Louisiana Purchase Exposition, informally known as the St. Louis World’s Fair, was an international expositionheld in St. Louis, Missouri 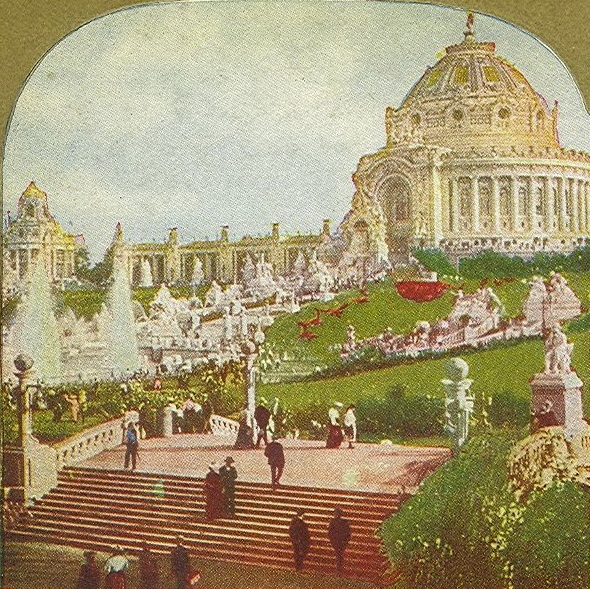 Some mansions from the Exposition’s era survive along Lindell Boulevard at the north border of Forest Park.

The huge bird cage at the Saint Louis Zoological Park, dates to the fair.

The Fair hosted the 1904 Summer Olympic Games, the first Olympics held in the United States. …
… sporting events, spread out over several months, were overshadowed by the Fair. With travel expenses high, many European athletes did not come, nor did modern Olympics founder Baron Pierre de Coubertin.