Late in the afternoon, Dad dropped me at the start of Horne Lake Caves road so I could avoid highway miles. 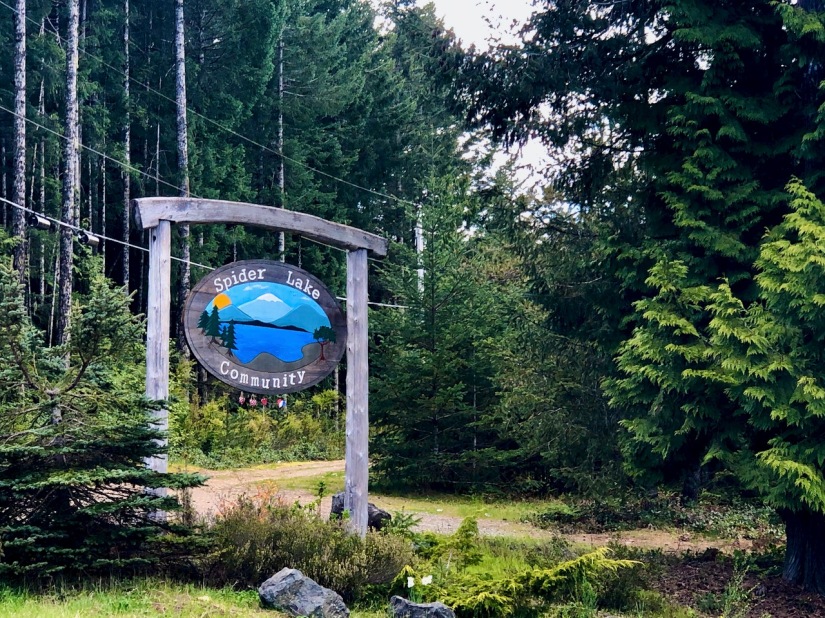 I stopped in to visit Karen at their new retirement home on Horne Lake. Impressive, despite having no electricity. They run on solar.

The whole family from Calgary sheltering in place in the wilds.

I couldn’t stay long as I wanted to make it before dark to a lovely wilderness campsite on Lacey Lake.

Though I had frost, next morning dawned sunny and bright.

I had no real plan other than to explore Great Central Lake as I’d never been.

The steep shoreline has kept Great Central Lake relatively undeveloped. There are a number of float houses.

Most visitors see this lake from the water. 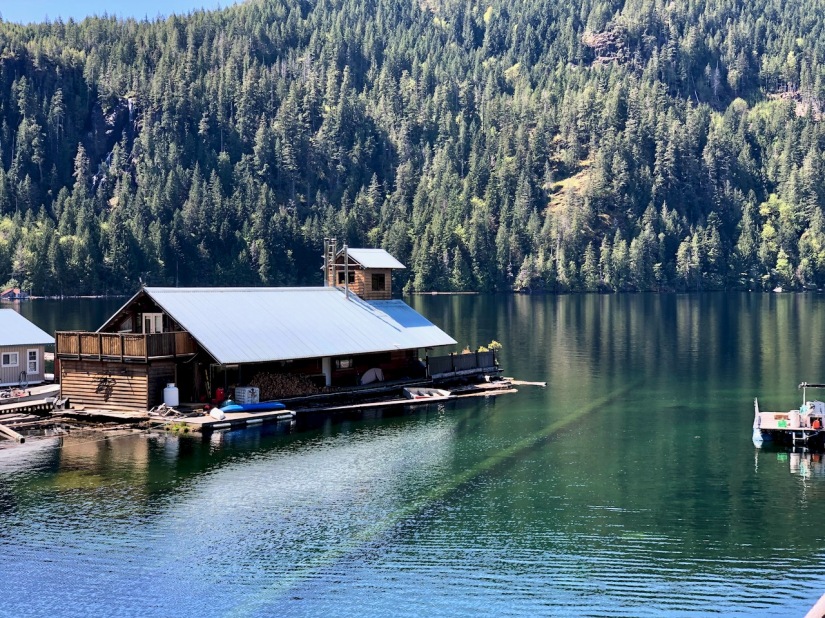 Float homes are controversial as some pay no tax.

I chatted with the guy grading the road, thanking him for doing such a good job. Private logging roads are much better than the average government gravel road as they are built for huge heavy trucks.

That driver had seen a cougar carrying a deer carcass just a week before.

The roads are placed for removing trees, however, not for lake views. I could only rarely glimpse Great Central.

I carried on up long, long Turnbull Lake hill to this vista over Elsie lake.

To go any further would mean blasting down to the water. Then cycling back up. So I decided to end my Great Central Lake explorations here. That road eventually dead ends.

So … I rolled back down the way I came, waving at the grader guy on the way down.

No rush next morning. I took time to dry my tent.

The electronics being solar charged, I read my Kindle and listened to audio books.

I love cycling Pacific N.W. gravel logging roads. But the scenery is not much varied. And there’s the destruction of clear cut.

I had 3 different maps, none of them all that helpful.  Instead I followed a road called Comox Main.

This turned out to be the best road, the best day, so far cycling Vancouver Island.  For once I had big scenery. And it was by far the warmest day of the year.

That road is perfect. I saw no people. No vehicles. One bear.

Another problem with logging roads is that they tend to be very hilly. No effort is made to find flatest grade. You end up pushing your bike up a lot of hills!

Happily, it did lead to Comox Lake, another I’d never seen. It’s big. And more views than any of the others on this trip.

Steep, as well, there are not many houses. Many must be water access only.

I stopped at this vista for late lunch, still psyched. 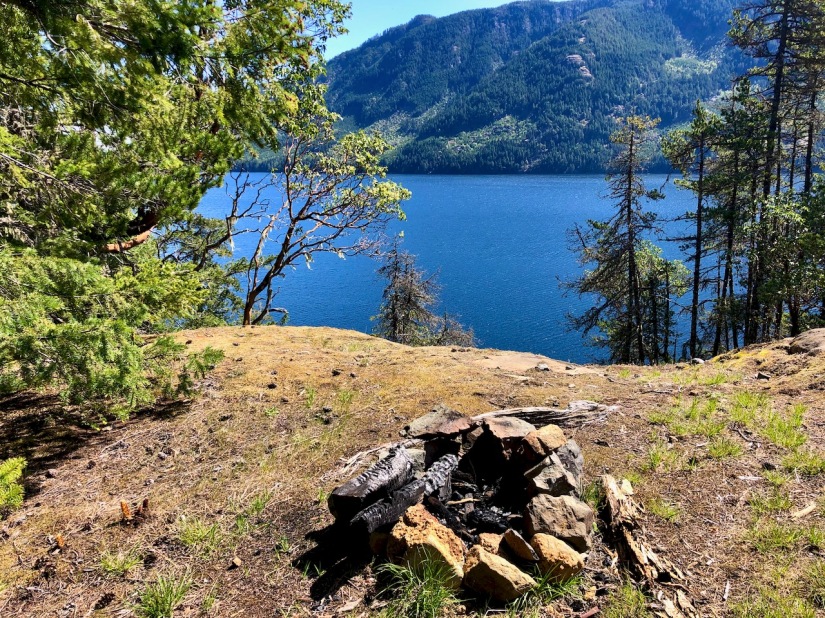 Very few people or vehicles on the road. 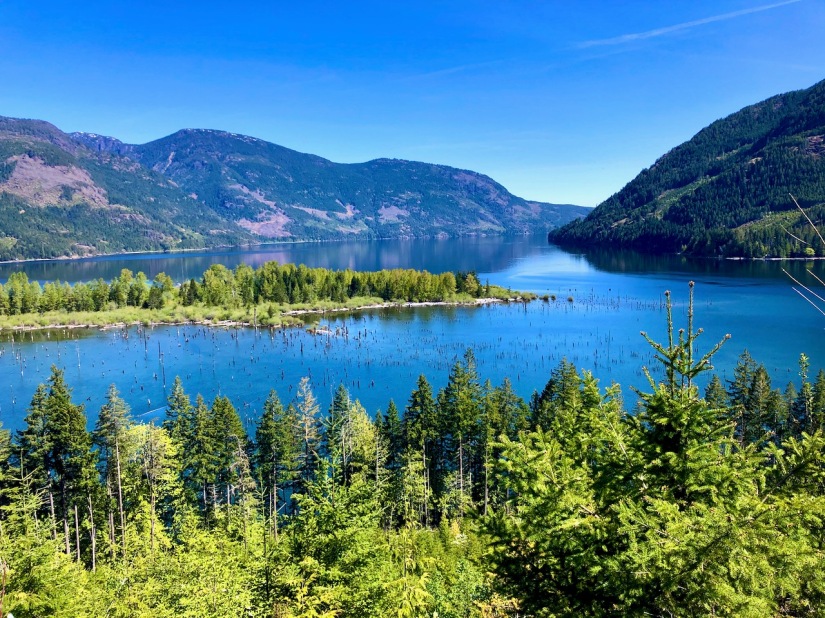 I realized why it was so quiet close to Comox when I reached a locked gate, end of the lake. No motor vehicles past this point aside from locals.

Though I had about 70km left to go to get to Parksville, no photos. It was city and highway from here on.