When I saw this statue in Chile what was my first reaction: 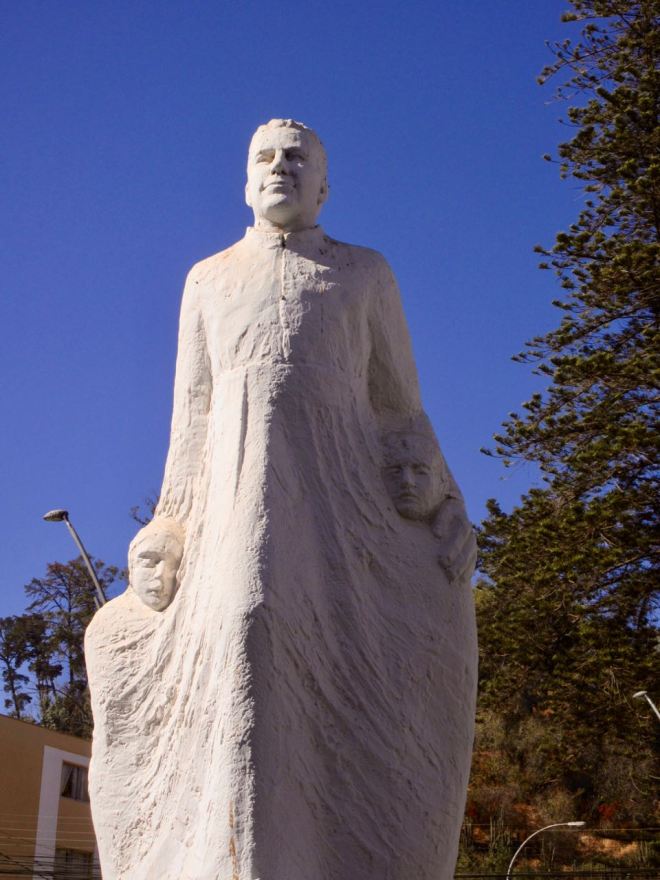 Cases of child sexual abuse by Catholic priests, nuns and members of religious orders, and subsequent cover-ups, in the 20th and 21st centuries have led to numerous allegations, investigations, trials and convictions. …

Clerical celibacy has always been a bad idea.

Many problems would be solved if the Catholic Church (and others) allowed priests to wed.

Pope Francis made headlines across the globe when he suggested he was open to the idea of ordaining married men as a way to alleviate priest shortages in remote areas.

Some raised their eyebrows and took note, whereas other Catholics shrugged, pointing out that paths, although they are narrow, already exist for married men to enter priesthood in the Roman Catholic Church.

Experts say as many as 120 Catholic priests in the U.S. are married. …

Married Catholic priests? There are perhaps 120 in the U.S. already. Here’s how