Morrell is a superb writer. But I felt he made book 3 over-complicated by having 3 pairs of protagonists. It would have worked better with fewer characters to follow.

After all, we mainly wanted to know how it wraps up for Saul and Drew.

The surviving hero of The Brotherhood of the Rose meets the hero of  Fraternity of the Stone, making this novel a double sequel and the third book in a trilogy.

Why have ten elderly men from around the world been kidnapped, all at the same time?

The Brotherhood series is about orphans searching for a foster father. David Morrell is an orphan.

Book 3 in the Mortalis series:

This book was the basis for the 1989 mini-series starring Robert Mitchum.

David Morrell is a Canadian novelist from Kitchener, Ontario who’s been living in the States many years. 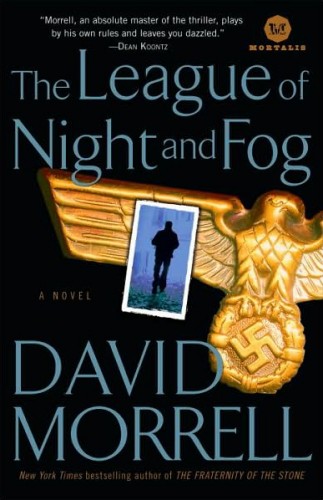