I’ve been there and left very discouraged. The Houthi rebels are terrible. The vastly stronger Saudi military brutal.

Little Amal Hussain was born into this disaster. She died a few days after this photo was taken. 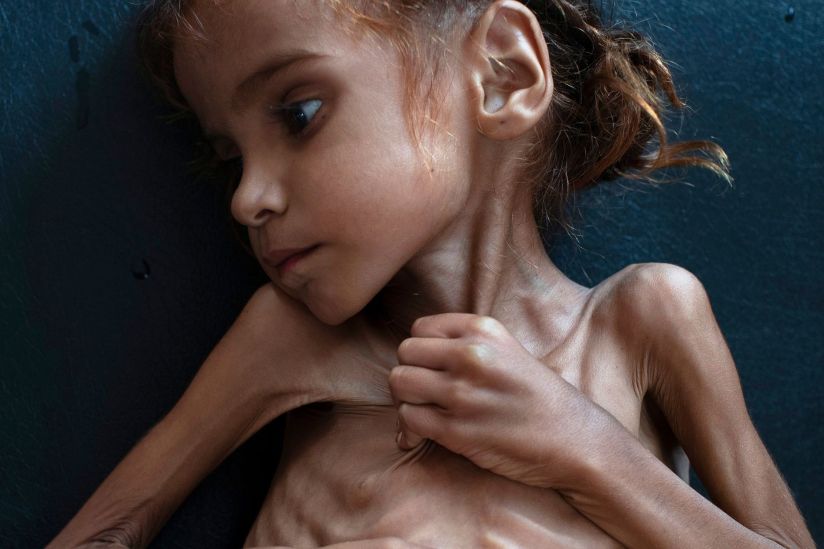 She’s only one of about nearly two million children suffering from severe malnutrition in Yemen.

Certainly Saudi Arabia and Yemen need to work this out. The USA should QUIT Saudi Arabia. All Americans are complicit in the role their government has in this war.

Listen to an interview with the photographer:

In the three years that Saudi Arabia, supported by the United States, has been at war with the Houthis in Yemen, very few journalists have been allowed into the country to document what’s happening there. The New York Times journalist Tyler Hicks is one. This is the story of how he came to take a photograph of Amal Hussain that drew international attention to the country’s plight.