I was inspired by Lael Wilcox to pencil in a date on my personal calendar:

That’s the start of the 2020 Great Divide Mountain Bike Race.

It’s free. No registration. No commitment in advance. I could show up … or not.

The Tour Divide roughly follows the Great Divide Mountain Bike Route (GDMBR) is the most recognized and important off-pavement cycling route in the United States, if not the world.

The route crisscrosses the Continental Divide from north to south starting in Banff, Alberta, Canada and finishing at the US/Mexico border in Antelope Wells, New Mexico.

I don’t have time or talent to do the whole thing. But I’m hoping to ride the start down into Montana. Then divert over to Coeur d’Alene, Idaho (via the Trail of the Coeur d’Alenes) where I stopped off on last summer’s bikepacking adventure.

MIGHT do some hiking in Montana. Then head for the Trail of the Coeur d’Alenes. 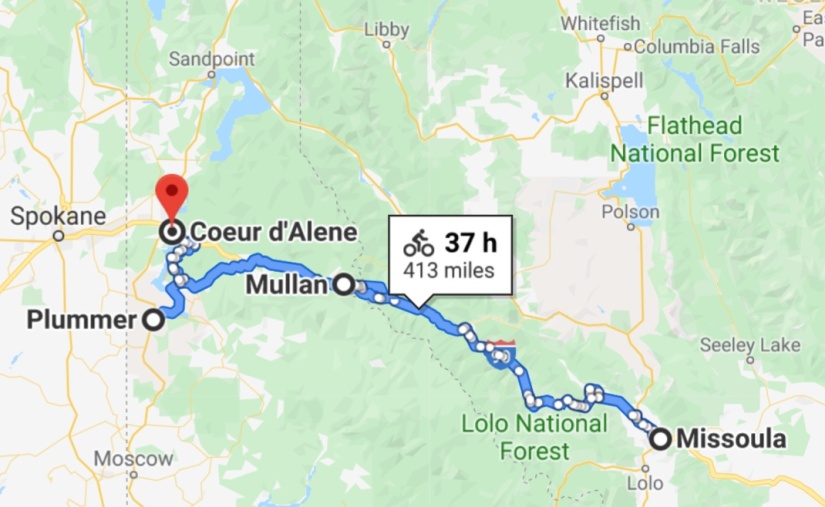 Here’s the Lael Wilcox documentary from last year’s Tour Divide that got me started planning.

related – Lael Wilcox Is the Best. Why Does Anyone Else Bother?