I post on Juneteenth, the day celebrating the emancipation of those who had been enslaved in the United States.

Small Great Things (2016) was recommended for those who want to learn more about racism.

The American author, Jodi Picoult, is a white woman.

And I did learn from this book.  Especially many of the subtle instances where Black Americans are stereotyped by oblivious whites.  It made me wonder how many times I’ve done the same things.  I am often oblivious of the feelings of those around me.

The story concentrates on an African-American labor/delivery (L&D) nurse, Ruth Jefferson, in charge of newborns at a Connecticut hospital.

Ruth is ordered not to touch or go near the baby of a white supremacist couple. After the baby dies in her care, Ruth is charged with murder, and taken to court.

Small Great Things is being adapted into a film starring Viola Davis and Julia Roberts. 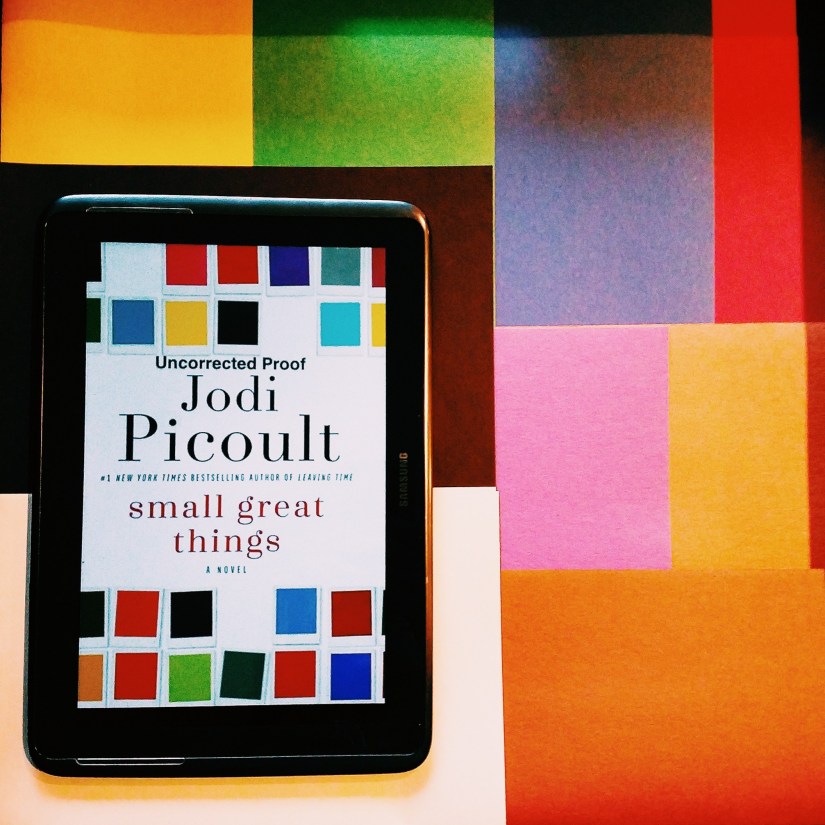 I happened to have recently read a big chunk of The Innocents Abroad (1869) by Mark Twain, one of the best-selling travel books of all time.  Of course Twain was a humorist, skilled at making me laugh.

He’s an American imperialist abroad, mocking everyone and everything he finds abroad.  It was off-putting.  Later in life he became an ardent anti-imperialist.

Twain was an adamant supporter of the abolition of slavery and the emancipation of slaves, even going so far as to say, “Lincoln‘s Proclamation … not only set the black slaves free, but set the white man free also”.  Yet in his travel book you have to call him a racist.

That I found also off-putting.

The only instance of praise for anyone in the first part of the book, however, was for an African American tour guide working in Europe.  The only good guide they had in months.