Even better than yesterday’s Best. Day. Yet.

First up, first gone from Hydraulic Lake Campground, I was really looking forward to the day.

The past 2 nights had been surprisingly cold. The elevation, I’m assuming, as weather continues hot and clear.

This morning was tranquil.

I was second to arrive at the famous Myra Canyon Trestles, the best section of the Kettle Valley rail trail and — indeed — one of the highlights of Canada’s Great Trail.

People drive to one end or the other and rent bikes. They’ve had groups as large as 60 people!

This fire engulfed many portions of the KVR between Penticton and McCulloch Lake. After a valiant fight …, the fire unfortunately claimed 12 of the 18 trestles …

Restoration of the trail was completed, with an official re-opening ceremony held June 22, 2008. …

I took quite a bit of GoPro video which I won’t edit until end of trip.

I had been a bit disappointed in the amount of wildlife I’d seen so far. After 2 bears on day 1, I’d seen mostly deer and rabbits since.

But todayI saw two more bears. One still almost a cub. The other a BIG Black Bear. Both ran away so quickly I didn’t get photos.

The big one was on the trail between me and an oncoming German cyclist. He pulled out a whistle and reached for the Bear Spray mounted on his handlebars. This was only the 4th bear he’d ever seen. Big excitement.

Once past Myra the downhill into Penticton is mostly great riding. 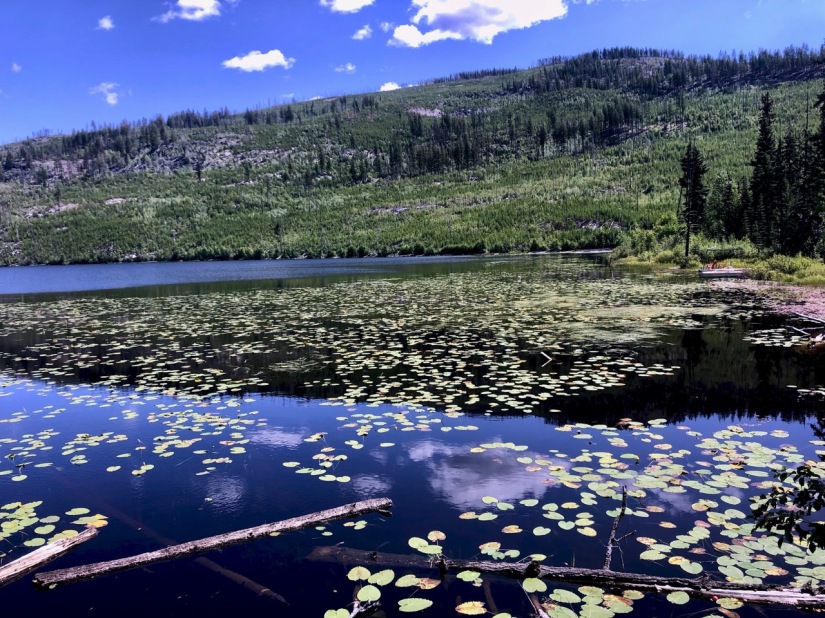 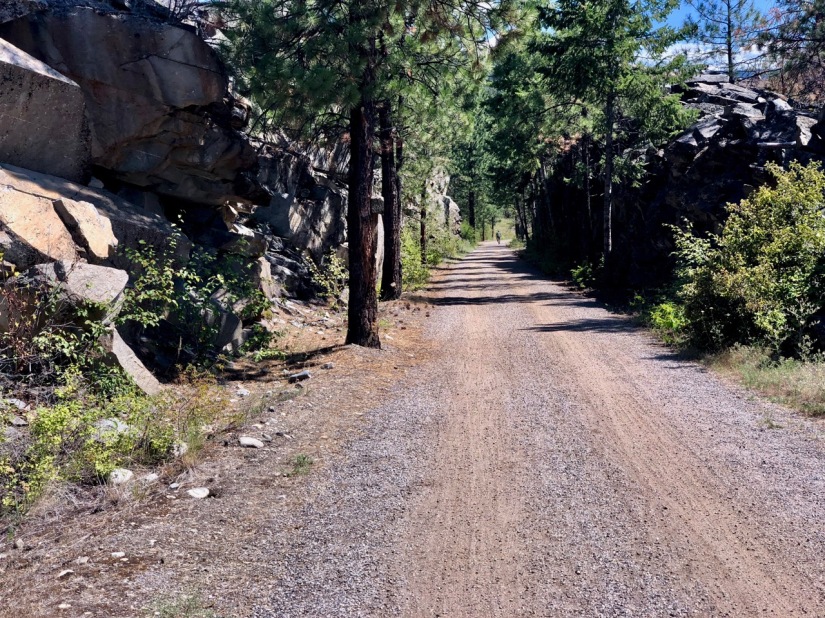 I did take one shortcut trying to cut off about 6 miles. My road was probably tougher than sticking to the trail. AND I somehow broke another spoke.

While my spoke was being repaired in a bike shop I enjoyed a good break in town. Catching up on these trip reports, for example.

2 thoughts on “cycling Hydraulic Lake to Penticton BC”