American Dirt is a 2020 novel by American author Jeanine Cummins, about the ordeal of a Mexican woman who had to leave behind her life and escape as an undocumented immigrant to the United States with her son.

Lydia and her eight-year-old son Luca are the only survivors of the backyard barbecue massacre of her family by a drug cartel.

Her husband had been a journalist who was reporting the crimes.

Mother and son become two of the countless undocumented immigrants from Latin America who undertake the dangerous journey to the United States.

American Dirt debuted on New York Times best sellers list as the #1 on the list for the week of February 9, 2020.

The novel has been optioned for a film adaptation.

But many, especially Mexican writers, accused the author (American, born in Spain) of exploitation and inaccuracy in her portrayals of both Mexico and the migrant experience.  A planned book tour was cancelled.

Personally, the book was insightful for me.  It’s the closest I’ve ever come to appreciating the experience of a migrant trying to cross the Mexican border illegally.

It’s fiction.  Not reality.  I understand that. 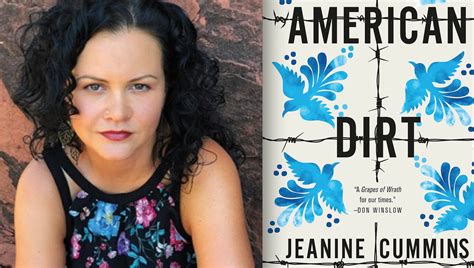