When your All-Lives-Matter friend has a birthday, be sure to message:

Yesterday marked the one-year anniversary of George Floyd’s murder by a white cop.

I’m hopeful things have change for the better.

BLM haters have been more muted since their racist President departed for the golf courses full-time.

According to professor of critical race theory, David Theo Goldberg, “All Lives Matter” reflects a view of “racial dismissal, ignoring, and denial”.

On Real Time with Bill Maher, Bill Maher expressed support for use of the “Black Lives Matter” phrase, stating that “‘All Lives Matter’ implies that all lives are equally at risk, and they’re not”. …

Biden’s been great his first 100 days.

But the real test — as far as I’m concerned — is whether his administration can begin to reduce this gap.

The United States is the worst developed nation. By a lot.

On the 51st anniversary of the trial verdict, Netflix put this film on YouTube for free.

It’s the true story of the seven people on trial (eight including Bobby Seale) for protesting the Vietnam War at the 1968 Democratic National Convention in Chicago. The film depicts both the courtroom drama and circus surrounding the trial, as well as the protests in which people were beaten by Chicago police for expressing their constitutional rights. …

Sacha Baron Cohen has become the conscience of the American people. Certainly a hero of mine.

Born in England, of course.

Any thinking person in 2021 knows that the Vietnam War was a huge mistake.

The Chicago 7 were right. Mohammad Ali was right.

American taxpayers are throwing around money like drunken sailers.

WHY have the outcomes been so lousy?

Just 400 wealthy families provide about half the funding for presidential campaigns, and they speedball their influence through think tanks, legal advocacy groups, and friendly media.

… $3 trillion in new money and historically low interest rates have been the nitro and the glycerin, respectively, of the stock market’s ascent.

The dirty secret is that there are two pandemics. While a quarter of America is food insecure and behind on rent, the shareholder class has experienced an explosion in net worth …

I’m with the vast majority of Canadians who want to keep the border closed as of October 2020.

The USA has had about 663 deaths / million so far. And is getting worse.

Canada about 263 deaths / million. And getting worse at this moment in time. Not good, but a LOT better than the States.

I don’t want to get the virus. I want to be one of the 20-40% who never get it once herd immunity is reached.

Though Trump totally bungled the U.S. response, almost 43% of Americans still support him.

They are the same ones who told me COVID-19 is less deadly than the common flu. They believed FOX and Trump.

They are the same ones who told me hydroxychloroquine was a ‘cure’. Not even Trump took it when he got sick.

I don’t want that 43% of Americans anywhere near me or my family.

I’m willing to suffer the economic and personal consequences.

Some families are now separated by the border. Canadians can still fly to the States, so it’s possible for them to get together — but that doesn’t work for those who can’t fly.

I might reconsider under a Biden Presidency. But it’s unlikely. Covid denying Americans will be even more agitated.

This morning I spoke with a Canadian who somehow just drove back from California. There are exceptions to the border crossing rule.

Here’s the sign she had to put on her window. 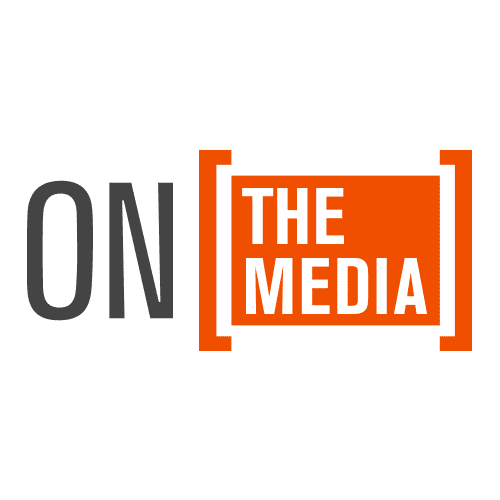 Occupational Hazards – On the Media

A look at how journalism selectively judges objectivity and bias… Which produces better reporting: proximity to the community you cover? Or distance? Who gets to decide?  1. Joel Simon [@Joelcpj], outgoing executive director of the The Committee to Protect Journalists, on why it's a dangerous time to be a journalist. Listen.  2. Bruce Shapiro [@dartcenter], executive director of the Dart Center for Journalism and Trauma at Columbia Journalism School, on why trauma shouldn't disqualify reporters from reporting on topics into which they have insight. Listen.  3. Ernest Owens [@mrernestowens], Philadelphia Association of Black Journalists president, about the double-standards facing journalists who have identities or lived experiences that are different from editors who still determine what constitutes "objectivity." Listen.  4. Steve Friess [@stevefriess], editor at Hour Detroit and contributor for Newsweek, looks back at how he covered gay marriage when his own marriage hung in the balance. Listen.  5. Lewis Raven Wallace [@lewispants], author of The View from Somewhere, on why what we call "neutrality" so often reflects the ideological assumptions of the status quo. Listen. Music from this week's show: Frail As a Breeze — Erik FriedlanderNight Thoughts — John ZornFallen Leaves — Marcos CiscarMiddlesex Times — Michael AndrewsBubble Wrap — Thomas Newman Transparence — Charlie Haden & Gonzalo RubalcabaCarmen Fantasy — Anderson + RowTribute to America — The O’Neill Brothers

#respect for the Chicks

The Chicks (previously known as the Dixie Chicks)  … have won 13 Grammy Awards.

Anti-war band the Chicks have hit back at their critics – by posing naked on the front of a leading showbiz magazine.

The Grammy-winning band suffered a massive backlash in America after they said they were “ashamed” President George Bush was from their home state of Texas. …

When you challenge a Trump supporter to defend the toddler’s latest indefensible lie, crime or moral outrage, they very often deflect by calling for “civility”. Let’s look for common ground.

That’s bullshit, of course.   I ask that they instead unfriend me instantly.

So far as I’m concerned you’ll burn in the same Hell as this anti-Christ.

Forgive? Sounds good
Forget? I’m not sure I could

A one woman investigation into her White Privilege.

Best part is when she went to meet her High School boyfriend. He had been in prison for 14 years.  Out and clean for 3 years.

“Hello, Privilege. It’s Me, Chelsea” follows comedian Chelsea Handler as she confronts and explores her personal and cultural impacts around white privilege.

Handler travels around the country speaking with a wide range of people on the topic of race including fellow comedians Kevin Hart, Tiffany Haddish, and W. Kamau Bell, anti-racism writer and activist Tim Wise, a Republican women’s group in Orange County, CA, college students at an open mic night, and her former high school boyfriend in New Jersey.