Markus Eder gave me some new ideas for FUN on the slopes. 😀

(via ExplorersWeb – Watch: The Most Insane Ski Film Ever)

YES the IOC was too gutless to call out the totalitarian state of China for their horrific human rights record.

But I’m still happy the athletes got to compete.

I’ve been a spectator at several Ironman races, including Worlds in Hawaii.

St. George, Utah will host Worlds May 2022, the first time the race has been moved out of Hawaii. AND Kona will host Worlds in October 2022. So there will be 2 races called “Worlds” in 2022. All because of Covid.

The race is interesting. But I post this video because it is SO. WELL. EDITED.

John Grisham takes you to a different kind of court in his first basketball novel.

Samuel “Sooley” Sooleymon is a raw, young talent with big hoop dreams—and even bigger challenges off the court. …

In the summer of his seventeenth year, Sam­uel Sooleymon gets the chance of a lifetime: a trip to the United States with his South Sudanese teammates to play in a showcase basket­ball tournament. …

During the tournament, Samuel receives dev­astating news from home: A civil war is raging across South Sudan, and rebel troops have ran­sacked his village. His father is dead, his sister is missing, and his mother and two younger brothers are in a refugee camp.

Samuel desperately wants to go home, but it’s just not possible. Partly out of sympathy, the coach of North Carolina Central offers him a scholar­ship. …

But how far can Sooley take his team? And will success allow him to save his family?

Rebecca Rusch and Huyen Nguyen were first to pedal the entire length of the 1,800 km (1,200 mi) Ho Chi Minh Trail through Vietnam, Laos and Cambodia.

Blood Road, according to director Nicholas Schrunk, “set out to document an epic cycling expedition as well as Rebecca’s personal journey to visit the crash site [of her father], but we ended up uncovering something much deeper.

It’s a story about the scars, both physical and emotional, that war leaves on families, countries, and cultures, and how they still exist today.

I was reminded just how stupid and futile was the Vietnam War and all wars. What a waste.

I learned of Rebecca Rusch from an excellent and inspiring interview on the Adventure Podcast.

Rebecca says she was never much of cyclist. Climbing was her thing. But she won a lot of races due to grit, determination and pain tolerance.

It’s the 40th year of the World Tour.

They used Mount Royal University in 2020 as one of their Calgary venues for the first time.

Here’s the official Film Festival Speed Lite 12 day pack by Deuter I won by random draw. US$54 on Amazon. 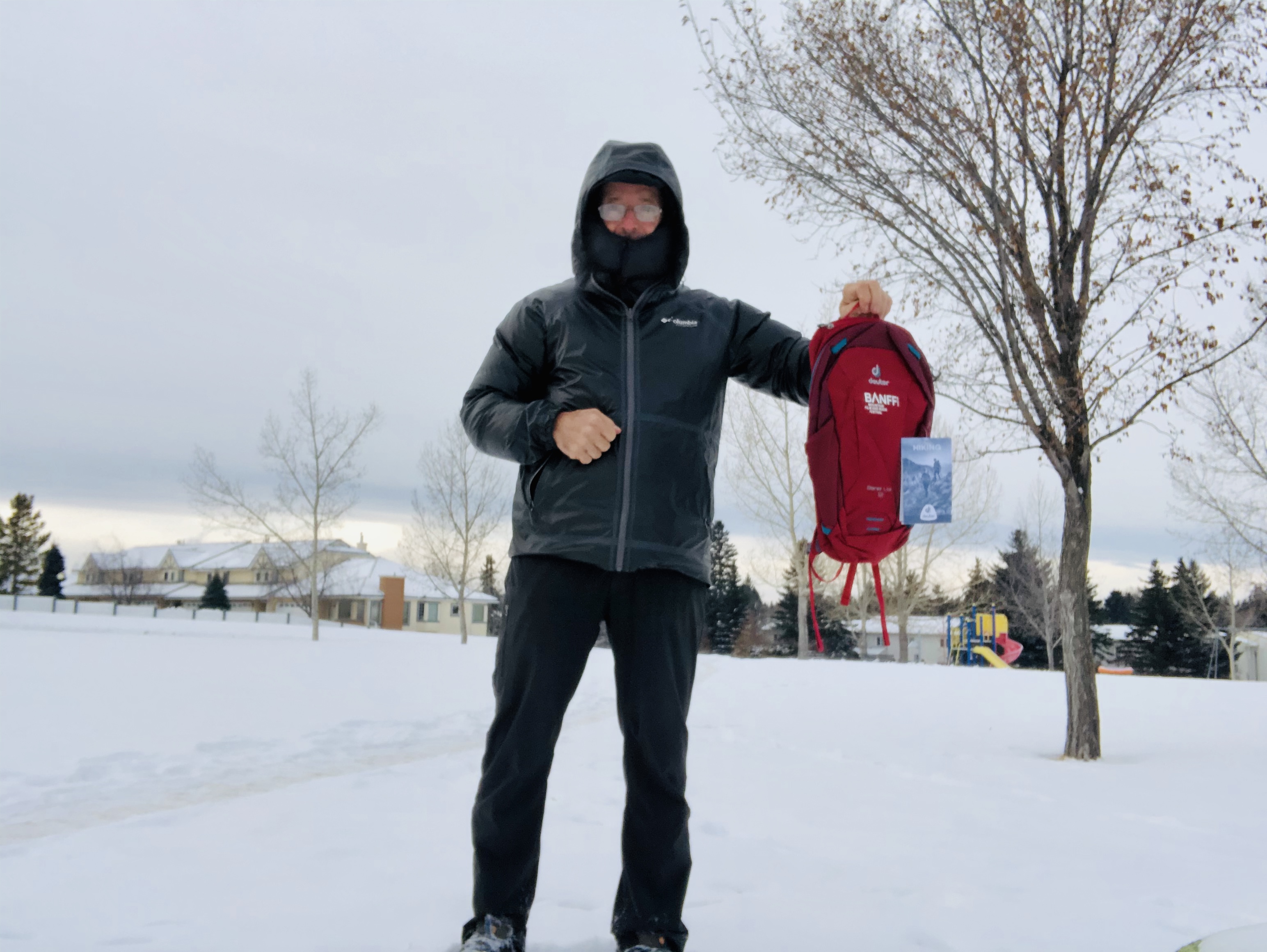 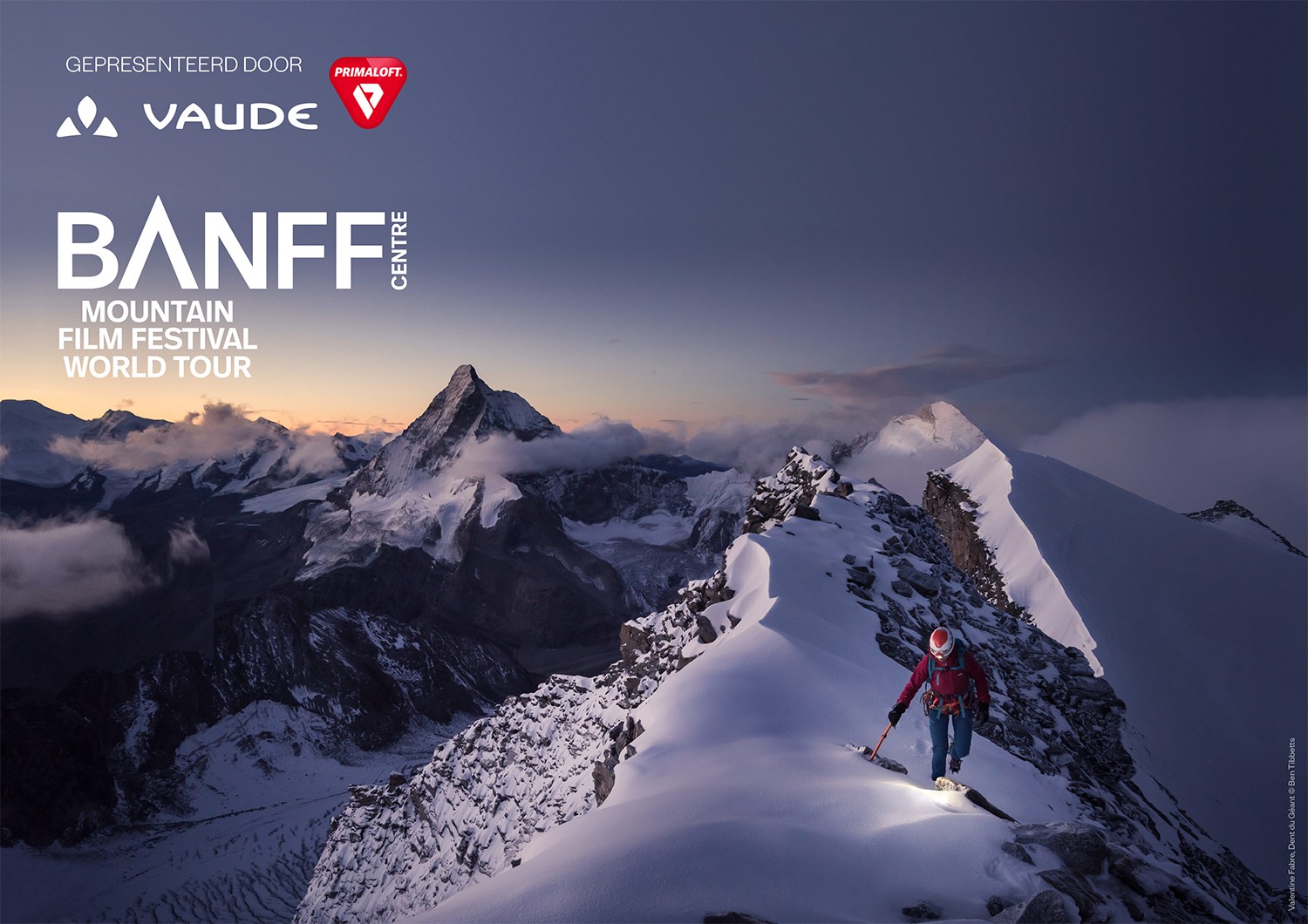 … Watched it on my phone via the WestJet entertainment app.

It follows the life of figure skater Tonya Harding and her connection to the 1994 attack on her rival Nancy Kerrigan.

The film states that it is based on “contradictory” and “true” interviews with Tonya Harding and her ex-husband Jeff Gillooly, suggesting they are unreliable narrators. …

Margot Robbie  is possibly even better as Tonya Harding. Though she trained to skate for 4 months, Heidi Munger and Anna Malkova served as skating doubles.

The true story is so weird and unbelievable that it made a terrific film. A poor white trash girl rose to become the best skater in the world (at one point) in an elitist culture that hated everything about her aside from triple Axels.

Shawn Eckardt (who claims he’s Tonya’s “bodyguard”) was better than any fictional character.

The real life abusive husband Gillooly refused to take any money from the film’s producers … trying to take responsibility for the attack.

It sounds like Nancy Kerrigan has never watched the mockumentary.

Having not had family or friends die stupidly, needlessly in war, I’ve gotten complacent about just how horrible it can be.

The true story of Louis Zamperini should be a lesson to us all.

UNBROKEN by Laura Hillenbrand is a fantastic book. 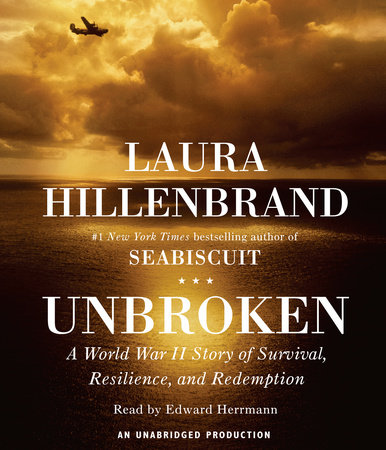 For nearly seven weeks — longer, Hillenbrand believes, than any other such instance in recorded history — Zamperini and his pilot managed to survive on a fragile raft. They traveled 2,000 miles, only to land in a series of Japanese prison camps, where, for the next two years, Zamperini underwent a whole new set of tortures. …

Zamperini grew up in Torrance, Calif., a juvenile delinquent saved by sport. He developed into a world-class runner who eventually competed at the 1936 Olympics where he asked Hitler for a photo.

The author believes Zamperini MIGHT have been first to break the 4 minute mile if he had had a little more time training.

The bulk of the story is two and a half years as a prisoner of war in three brutal Japanese prisoner-of-war camps.

Mutsuhiro Watanabe  – nicknamed by his prisoners as “the Bird” – was the psychopath who tortured Zamperini.

Less than 2% of Americans held in German prisoner of war camps died. It was 30-40% mortality in the Japanese camps.

Right after finishing the book I watched the film. (2014)

It was produced and directed by Angelina Jolie.

The movie made money but only has 51% on Rotten Tomatoes. That’s about right. It’s OK. But don’t go out of your way to see it.

If you read the book first, you’ll be disappointed. The story is simplified and changed because HOLLYWOOD.

I should say the actor who played The Bird — Japanese musician Miyavi — was superb. Very close to the evil devil from the book. 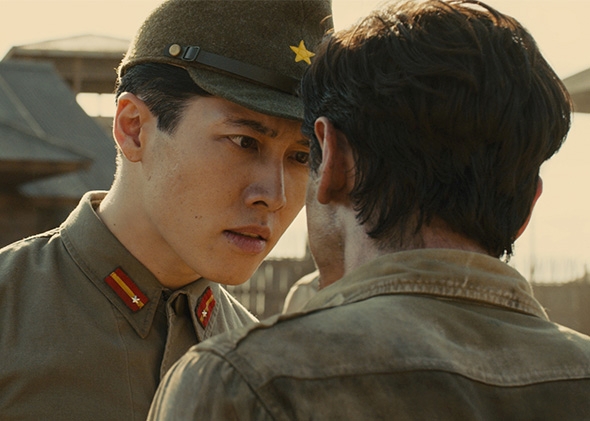 Eight teams of former internationals today somewhat past their prime come together every year for a tournament that is more fun than competitive.

We went on Sunday the 6th to watch Canada nearly upset South Africa. It was so close.

Bermuda will be much in the news. In June Bermuda will host the America’s Cup, where the US will defend its title. Bermuda is one of Lonely Planet’s top 10 nations to visit in 2017. 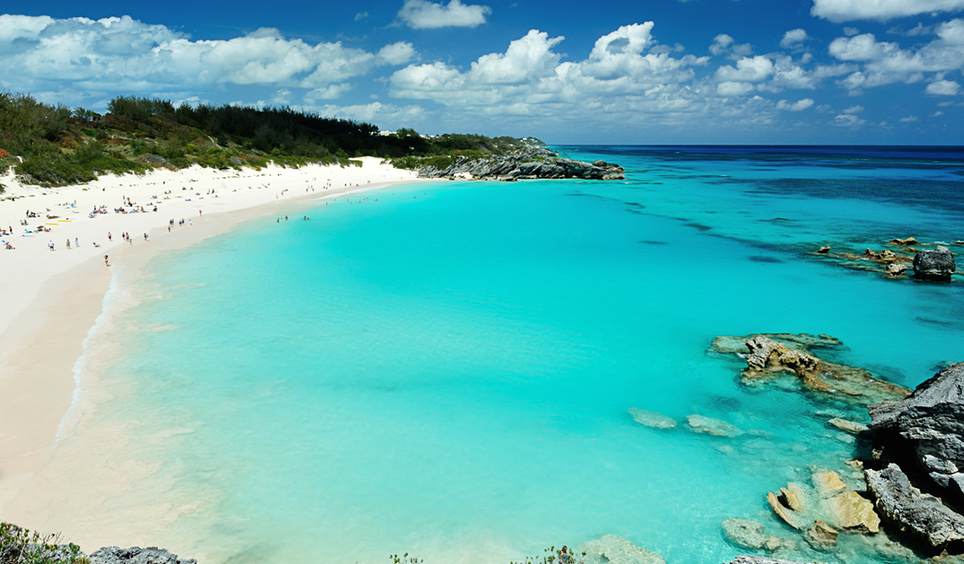 Why did famed author Jon Krakauer decide to write about sexual assault?

It was after learning that a family friend had been raped by an acquaintance.

In his research tracking rape cases around the country he came across the sentencing of Beau Donaldson, a University of Montana football player who pled guilty to raping his childhood friend, Allison Huguet. 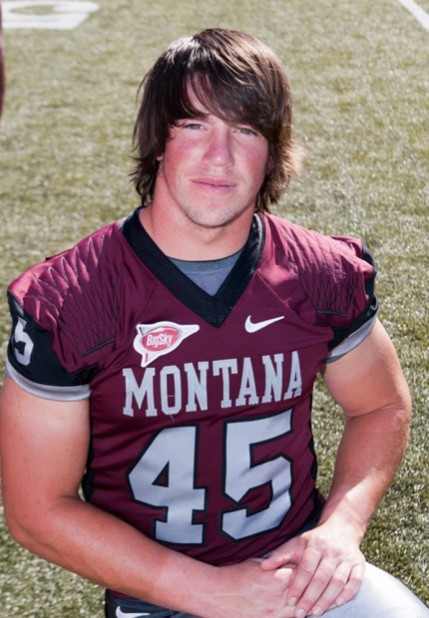 All the rapes covered in the book were wildly different. In each case both the man and woman involved could have made better choices. Alcohol was involved in all.

Krakauer researched College Football players because of their far too elevated social status in the U.S.A.

They feel entitled. Expect that women will want to sleep with them, even when they don’t.

Krakauer studied 230 rapes in town, most of which either weren’t prosecuted or the prosecutions were bungled. Most rapists walked away without punishment.

The stories told in Jon Krakauer’s new book, “Missoula: Rape and the Justice System in a College Town,” remind us of what a brave and risky thing it still is for a woman to report a rape.

Krakauer, who has written for this Web site, explores a spate of sexual assaults that occurred on and around the campus of the University of Montana between 2008 and 2012. For several of the women involved, the risk of reporting their rapes felt even more acute because the men they were naming were football players in a town that, like a lot of college towns, is football crazy. The team was the Grizzlies; Missoula is also known as Grizzlyville. …

This guy went to trial.  If I were on the jury I would have found star quarterback Jordan Johnson guilty of rape. 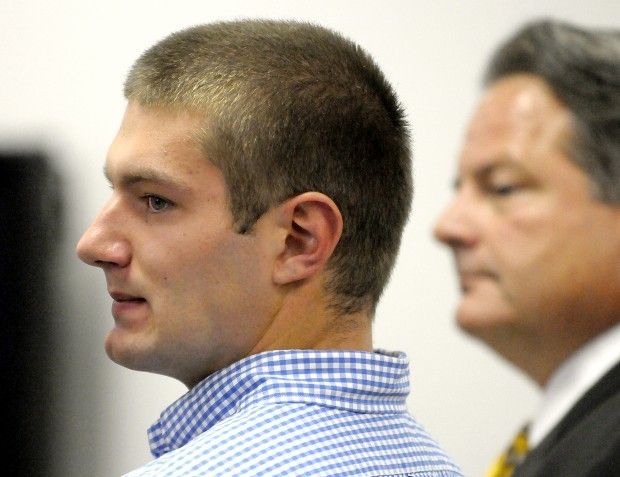 Instead the state of Montana paid Johnson $245,000 under a settlement where he agreed to drop claims that the school and its officials mishandled the investigation against him.

Later he had a tryout with a Canadian Pro football team.

As far as I’m concerned, Jordan Johnson is a rapist. Women should be warned about him.

This is Kirsten Pabst. One of Johnson’s lawyers. She comes off very badly in the book. Women do not want to report a rape to her. 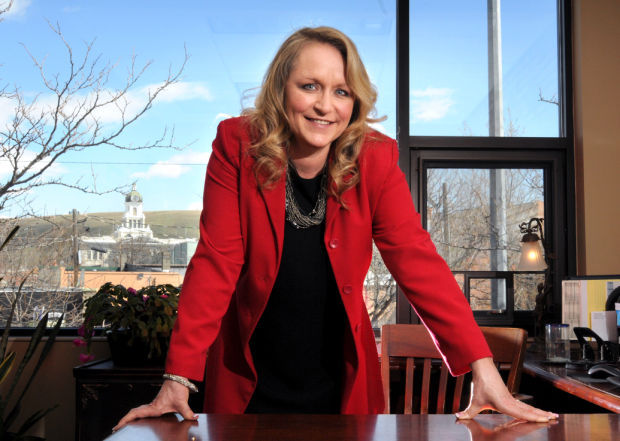 A good gift for a student going away to University for the first time would be this book – Missoula: Rape and the Justice System in a College Town

Most young people don’t know the law. Are clueless when it comes to date rape. Acquaintance rape.

By the way, Missoula has a lower than average rate of sexual assaults. If you don’t count football players.

And things are getting better.

In the three years Krakauer spent writing Missoula, the University of Montana (UM), the police department, and the prosecutor’s office have all established agreements with the DOJ to reform their handling of sexual assault. (The prosecutor’s office agreed to oversight by Montana’s attorney general only last June, after first filing a lawsuit against the DOJ.)